The Four Generations Of Blockchain Explained 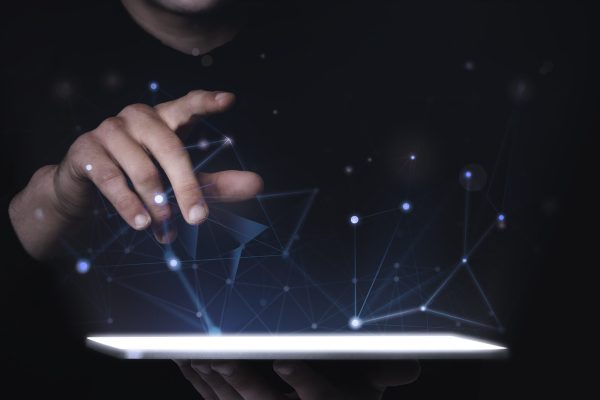 You’ve probably come across the term ‘Blockchain’, floating around the Internet. That wouldn’t come as much of a surprise, because there has been a continuous buzz around the subject for years. Perhaps you already know something about it, but by being here, you probably want to learn a bit more about blockchain technology. And there are many reasons for you to care – apart from the possibilities it offers, the Blockchain market is set to be worth $104 billion in 2028, a massive increase from 2020’s $3.06 billion.

So how did it all start?

In 1991, Stuart Haber and W. Scott Stornetta published a paper named ‘How to time-stamp a digital document’. It was their solution to the problem of maintaining trust when using easily modifiable media. In their paper, they described an encrypted chain that could certify when something was created as well as highlight any changes made since.

To this day, Blockchain operates on the same principles – it’s a publicly available chain of immutable blocks that build a timeline of a specific digital item. The technology itself as well as its applications have changed tremendously. The history of the technology follows a timeline of improvements and constant shifts organized in a chain of four generations, each with its own challenges and unique takes on Blockchain.

Let’s take a closer look at those four major evolutions.

1st generation Blockchain – what we all know

Satoshi Nakamoto – no one knows who stands behind this pseudonym. Whether a single person or a whole group, there’s no doubt that they’ve changed the course of online history.

Because Satoshi Nakamoto was the first one to go beyond Blockchain as a theoretical concept and turn it into an actual technology. They used it as the foundation of Bitcoin, the very first cryptocurrency. Bitcoin uses Blockchain technology to provide a secure environment for peer-to-peer financial transactions that operates outside of centralized financial systems. But what does that mean?

When you transfer money to a friend, your bank serves as a third party, facilitating the transaction. In Blockchain, that third party doesn’t exist. Instead, it’s just you and your friend. When you make a transaction using Bitcoin, it first has to be validated. This is done via the so-called ‘Proof-of-Work’ – a method that requires a miner to solve a complex cryptographic puzzle to check if the transaction adheres to the rules. The result of the puzzle is then verified by validators.

Several miners can compete against each other and the one that guesses the solution first is the one that gets to add the new block to the transaction record – the blockchain. They also earn a reward. Because solving the puzzle and adding a new block requires a lot of computational power, that solution favors people with massive hardware rigs optimized for mining. Nevertheless, it does a good job at protecting the validity of transactions, as the cost of solving the puzzle can far outweigh the reward. There’s just no point in attacking the Bitcoin blockchain because the risk of failure is too high!

The newly added block is later available for anyone to view, serving as evidence of the transaction. In this way, you don’t need a third party to verify or complete transactions, allowing Bitcoin to stay decentralized.

Unfortunately, because of the relative novelty of Bitcoin, it is quite volatile. The cryptocurrency has a relatively long history of sudden drops and surges in value. But as time passes and more improvements are introduced, Bitcoin becomes more culturally acceptable, making it more appealing to an ever-increasing number of people. And not surprisingly, despite fluctuations, the price of the cryptocurrency has been rising steadily.

Although Bitcoin remains the biggest cryptocurrency, it uses Blockchain exclusively to facilitate transactions. Vitalik Buterin, a programmer and a founder of the ‘Bitcoin Magazine’, realized that the possibilities of blockchain can go much further. In 2013 he published a white paper, in which he described an Ethereum blockchain – a platform that would go beyond the financial focus of Bitcoin. Two years later, Buterin would launch his software.

Possibly the most vital thing Ethereum introduced are smart contracts. They are basically programs located inside of the blockchain that can, for example, hold and release funds. People, or more technically, nodes, can transfer cryptocurrency to the smart contract and once its conditions are met, the funds are released automatically.Because smart contracts operate within Blockchain, they are available to read by anyone interested, but just like any other block, cannot be changed.

This new component of the Ethereum blockchain has amazing and far-reaching implications for industries such as insurance. For example, insurance claim payouts can be securely and automatically released to the claimant.

Like Bitcoin, Ethereum runs on Proof-of-Work. It is, however, scheduled to upgrade to a new consensus system – Proof-of-Stake – later in 2022 as part of ETH 2.0.

Wait, Proof-of-Stake? What is that? And how does it work?

Proof-of-Stake (PoS) is a response to the key problem with proof-of-work – excessive energy use. Unlike Proof of Work (PoW), PoS uses validators to approve transactions and forge new blocks. Validators are chosen partially randomly – each has to transfer some funds into the network – that is the stake. The more coins in the stake, the bigger the chance to be chosen as the validator. They go on to approve all transactions within the block and then collect transaction fees as a reward. If validators approve fraud, they’ll lose a part of their stake. This is why the stake should be higher than the reward.

There is a catch however – while Proof-of-Work favors miners with massive hardware rigs, Proof-of-Stake favors those with massive wallets!

Another important feature Ethereum introduced is decentralized apps (dApps), which can be described as smart contracts with interfaces. In this way, Ethereum doesn’t just include a cryptocurrency but also a platform for people to use. Although it has its own currency called Ether (often mistakenly called Ethereum), it’s mostly used to facilitate trade between different dApps. Many of them, such as Uniswap, a token exchange and liquidation app, work to provide additional functionalities to the Ethereum blockchain. That takes the public accountability aspects of Bitcoin and adds a community contribution component.

3rd generation – building upon the foundation

Ethereum opened the floodgates. It made people realize two things – how much can be done using Blockchain, and how much is there still to be done. Blockchain’s third generation is about pushing those boundaries.

The thing is, Blockchain, and especially cryptocurrencies became popular. A bit too popular, making it easy to arrive at a situation where too many people try to finalize a transaction at the same time. That’s likely to result in delays and technical difficulties. On average, Bitcoin is capable of processing seven transactions per second. Compared to Visa’s 1700 tps or Mastercard’s 5000 tps, that number is minuscule and explains potential transaction traffic bottlenecks. It can also act as both a deterrent and an opportunity for growth.

Another problem faced by Blockchain-based technologies is that they’re not always compatible with others. Imagine if you weren’t able to send an email from your Macbook to a computer running Windows OS.

Platforms such as Cardano or Polkadot try to solve the issues of scalability and interoperability. They are working to ensure Blockchain can move beyond an online craze and towards real-world applications, for example by automatized extensions of operating power to prevent bottlenecking. Their goal is to allow more industries, such as finance, government or retail, to apply Blockchain in their day-to-day operations.

While Blockchain certainly has some benefits over traditional centralized banking systems – immutability and public availability to start with – it’s yet to be entirely adapted to the specific needs of the private and public sectors. Right now, a lot of amazing work is being done in the token exchange stock sector where Blockchain is used to facilitate cryptocurrency-or-digital token-based shares. But there’s a lot more to do.

4th generation – is the future now?

In reality generation four of Blockchain kind of doesn’t exist yet. There are, however, companies that show some promise for the development of this technology. One is MetaMUI – a self-described ‘highly secure, highly efficient 4th generation Blockchain’. A lot of MetaMUI’s brand identity is about building upon 3rd gen solutions to improve stability, scalability and decentralization of Blockchain, with an aim to ‘revolutionize the global finance space’.

Whether it truly is a forecast of an upcoming new generation of BC is up for discussion. Nonetheless, the future of this technology is painted in rather bright colors. We think it will keep on finding more and more real-world applications and areas for improvement – the sky truly is the limit.

Need some help adopting Blockchain into your organization’s day-to-day operations? Eversoft is here for all of your software development outsourcing needs!

Ultiro is a Sweden based IT company that helps Scandinavian businesses and organizations to create innovative digital solutions working with diverse tech talent.